With the launch of Apple’s iOS 14 update, what does this mean for small businesses and their ability to advertise via Facebook Ads?

Apple’s iOS 14 launch is a game-changer for iPhone privacy and the user experience on iPhone devices. With a new Privacy Report button feature and easy access to privacy practices of every app before you download it, users can start regaining control over their data.

However, iOS 14 isn’t so positive for Facebook or businesses who rely on utilising its data to generate sales.

In a blog titled “Impact on Ads Marketing”, Facebook confirms the negative impact Apple’s new privacy features will have on small businesses using Facebook advertising. While the news certainly raises more than a few talking points, there is an important lesson to consider.

Allow us to explain.

If you’ve logged into Facebook Ads Manager over the past couple of months, you should have seen a notification about the Apple iOS 14 update.

It states that from early 2021, iOS14 users will be able to opt-out of data tracking across websites and third-party apps.

When it comes to running Facebook Ads, this significant change means that iOS users will no longer be automatically tracked across these applications and will need to manually opt-in to receive personalised ads.

It’s a bold move from Apple following the big splash Netflix’s documentary, The Social Dilemma, made in 2020.

Perhaps the most worrying factor is that these privacy changes will also impact the personalisation of Google, YouTube, Pinterest and all the other major ad networks.

As time goes by, there’s a good chance you’ll see a decrease in the success of your advertising campaigns. More specifically, Facebook is expecting the following effects:

Granted, this won’t impact those who opt-in, plus the Android and desktop users out there. However, with an estimated 52.5 million iPhones bought in the UK between 2011-2019 and a total mobile market share of 46.65% reported in September 2020, the potential impact on Facebook Ad performance could be monumental in the next couple of years.

At the end of the day, Apple’s iOS 14 update may impact Facebook Ad campaigns, but that doesn’t mean you should discard them completely.

Nothing is set in stone. It’s just a power move from Apple to protect its users and seize the opportunity to run more personalised ads from their platform.

If anything, Apple’s attack on Facebook advertising serves as a stark wake-up call for businesses to start expanding their marketing mix.

Instead of solely relying on Facebook to sell your goods or services, you can spend more time creating or enhancing your PPC campaigns, optimising your website for Google and developing a thorough content marketing strategy.

You’ll still be able to generate sales via Facebook Ads from iOS 14 users, but the way you track and optimise the campaigns will be limited. It’s just a case of adapting your approach and focusing on the bigger marketing picture.

If you’re concerned about the transition, speak to an expert who can share Facebook Ad best practices with you and develop a broader marketing strategy aimed at maximising your return on investment. To hear how Eighty3 Creative can help you achieve this, get in touch with us today. 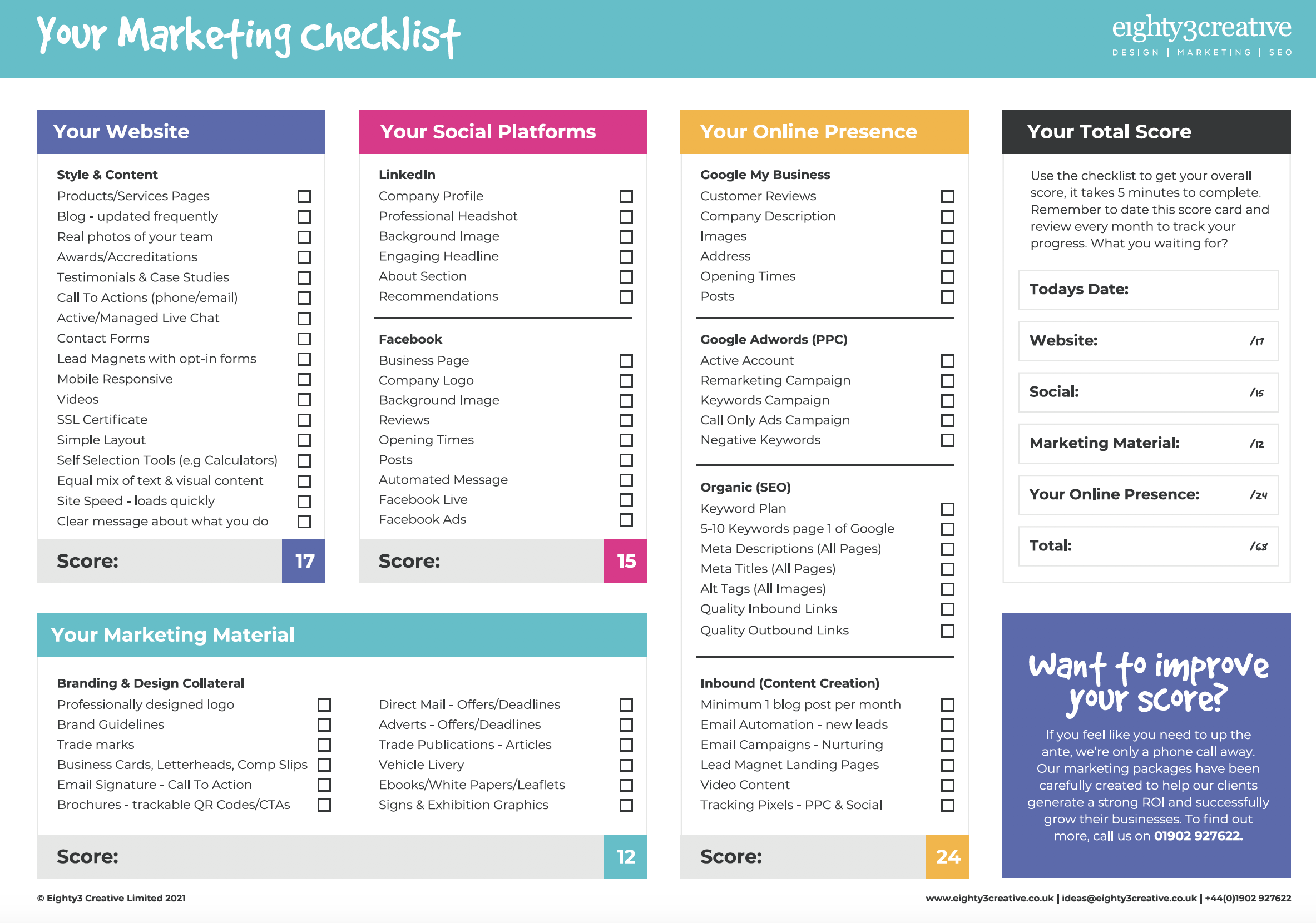 Score your marketing activity & plan for 2022

Plus, sign up to our newsletter to keep us up-to-date

Speak to one of our branding experts.